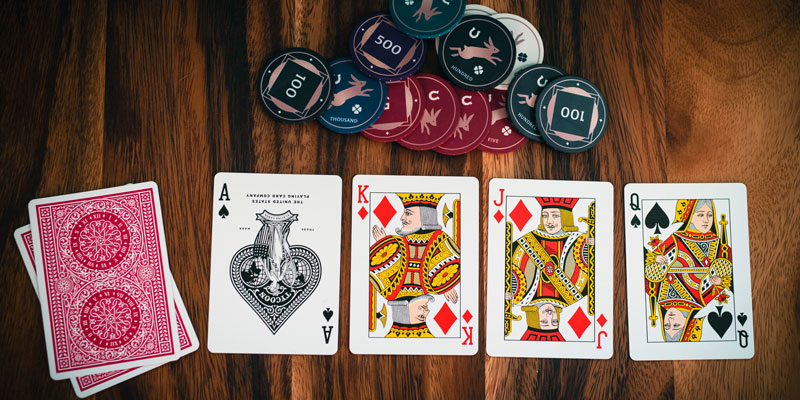 If you are reading this article, you must have just entered a highly intense and exciting world of gambling. A game of poker is a logical start for anyone who would like to learn different poker strategies. They can also improve their poker playing skills as they go along, and gain gambling experience. I am going to try to make this initiation into poker playing as painless as possible.

This is the most common version of poker that you have probably seen in Western movies. Before we dig into the gameplay itself, let’s cover the different ways to place an opening bet. When you organize a poker night at home with your friends, you should probably opt for an ante. This bet involves all the players in the game, and it requires them to put a certain sum of money to make the pot so that they can start the game.

Even though this kind of draw poker is too simple to be found in numerous casino poker rooms nowadays, there is usually the Blinds bet in the casino version of this game. In this initial bet option, only two players are expected to invest a certain amount of money to make the pot.

The main feature of the draw poker game is that all players get five cards in a single dealing.

Once each of the players holds five cards in their hands, it is time for action. The hand ranking is the same as in all poker games — The high card is at the bottom of the list, and the Royal Flush is the most coveted card combination you would like to hold.

Now it is time to look at your cards and decide what card combination you are going to aim for. Then it is time to get rid of the cards you don’t want, and get fresh ones from the deck that will hopefully get you a winning combination. You can have up to four cards replaced if you hold an Ace or a Joker. This rule especially applies if you play at home with your friends.

There is another round of betting in which all the active players place their bets. The final round of the basic five card draw is the so-called showdown round, where all the players still in the game show their hands. The best standing hand wins the pot.

There are numerous popular variations of a draw poker game, so now we are going to focus on some of them.

“Garden Jackpots” or “Jacks to open”

The first name has to do with a town in California with the biggest number of open poker tables to the American public. In California, this variation of a draw poker was one of the favorites in the second half of the 20th century.

The second name this poker game goes by stems from the minimum a player has to hold in hands so that they can continue playing. You play this poker version with five cards that all the players receive in one dealing. Before they get their cards, they have to form a pot by paying an ante. As you can see from the name of this game, the weakest hand accepted here is a pair of Jacks.

Anyone holding this combination of cards can continue the game. However, if there is no one holding at least two Jacks, the dealer collects cards, reshuffles the deck, and deals another hand. In this case, players have to repeat the ante bet.

This game follows the same poker rules as any other poker game, so that players can replace the cards that are spoiling their hand to try and get something better. Since you have to fulfill certain conditions to start the game, you can keep the cards you replaced to your side to prove that you had a pair of Jacks in the beginning.

As there is a minimal hand you must have in the beginning, there is also a minimal winning hand in this game. You can expect to win this game if you hold at least three of a kind. If this is not the case, the pot from that hand moves to the next hand. In this way, the pot can pile up considerably during the game. This is why people included the word ‘Jackpots’ in the name of the game. 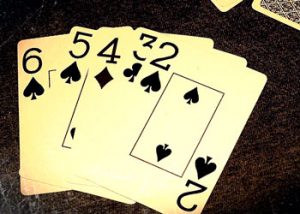 California Lowball was the most popular at the Garden public poker tables during the seventies, and it followed all commonplace rules of a lowball poker game. In the lowball games, weak hands gain power over the strongest poker hands. You should feel lucky if you hold a single seven because this would be a winning hand in the lowball poker game. The basic version of this poker is Ace-to-five. This means that the aces are considered to be the lowest cards, while straights and flushes don’t count at all.

These draw poker games had lost on their popularity considerably when poker variants as stud poker or Texas Hold’em appeared on the gambling scene, and stole the show.

There are also less serious draw poker games, the so-called home games. As the name says, you can choose these games when you have a fun game night with your friends and play with small stakes. The fact that these draw poker versions are not as competitive as others doesn’t mean they are not attractive to players. Home games with the most inventive names are definitely “Spit in the Ocean,” “Shotgun,” and ” Anaconda,” also known as “Pass the Trash.”

Time to Get Your Head in the Game

In my humble opinion, every poker player should start with various versions of draw poker games. They are the first step in getting the feel of the game. You can also use these games to practice different strategies and improve your gameplay.

Whatever game you choose, you will probably enjoy it because they are exciting and fun to play. So go ahead and start your poker playing experience with some of these draw poker games.