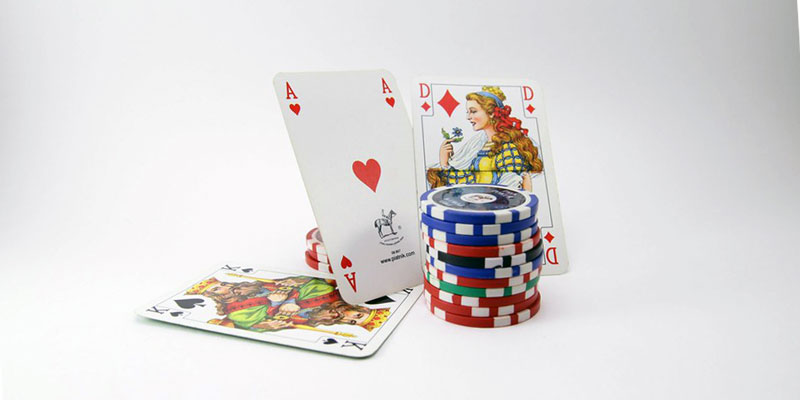 All of you puzzled by this question will be able to make a clear difference between these two exciting poker forms. I hope this will help you to fully understand and enjoy playing poker in the future.

Poker has always been a starting point of every serious gambler. You can’t consider yourself experienced if you don’t master a poker game first. It is obvious that due to the vast popularity of this classic card game, there are numerous versions that you can choose from.

The basic poker game was a draw poker game that numerous other variants of poker originated from. Since many novice players can’t make a clear difference between the Draw Poker and the Stud Poker, this text will compare these two versions outlining the main differences. The main goal of every poker game is the same — to have the high hand and win the pot. However, there are many differences in the gameplay, and in the way you can bet in different types of poker.

The most frequently asked question I have come across on various gambling forums was related to these games, and the difference between them. Therefore, I’ve decided to try and give you a detailed answer to this question.

A  Five Card Draw-Rules of the Game

Five Card Draw is the simplest and best-known form of this table game classic. Many people have made their first steps in poker playing with this game. The gameplay here is pretty simple, so everyone can get hold of the gameplay after a few rounds. 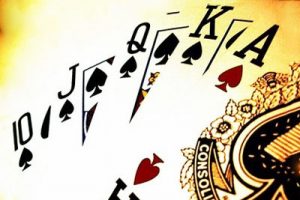 Before the game begins players should have some details concerning betting cleared out. They have to decide whether they are going to play a pot limit game or to make some betting limitations. This way, more players would be able to afford to play without the danger of breaking their bankroll.

They also should agree whether they will begin their game with an ante or blinds. The Five Draw Poker usually starts with every player putting some money into the pot.

First, the dealer distributes five cards to every player at the table, the ultimate number of players at draw poker is 5 to 6. Players now can make their first bet after making some starting game strategy. Then, after players have observed their cards, they can have them replaced with the fresh ones.

This way, they get an additional chance to complete a winning hand. The rankings are always the same in poker games, and that is one of the features all poker games have in common. So the highest hand in a Five Draw poker that you should aim for is a Royal Flush, while the lowest card combination is a high card.

The only exception to this poker rule is the Lowball poker in which the hand rankings are turned upside down. In these poker versions, the player with the lowest hand takes the pot. I am going to get back to Lowball games later on in this text.

After they complete the whole action of exchanging their lousy cards for fresh ones from the deck, players can start the most exciting part of poker — the betting round. They can choose any betting option that best suit the card combination they hold in their hands. Since all the cards are hidden in draw poker, players who are apt to it can try to bluff, i.e. to force their rivals to fold holding a relatively modest hand.

The final round in every poker game is the well-known “showdown,” where all the players who are still in the game show their cards to each other and compare their hands. Whoever has the highest hand wins. This is a simplified description of how you play the Five Draw Poker.

Other popular types of draw poker are the above-mentioned Lowball games. As I’ve already stated here, the highest ranking hand is a high card. Don’t despair if there are no straights or flushes in sight, that is actually good for you. The Straights or Flushes don’t count in these forms of poker, and as such, they won’t get you money.

Here, we are going to deal with the more demanding version of a poker game. Stud games, accompanied by the community card games, became instantly popular the second they’ve shown up on the gambling scene.

Let’s focus on one of the most attractive stud poker games the Five Stud Poker. As you continue to read this text, you will realize that these two poker games share only the final goal and number “five” in their names. Since the stud games are enhanced poker variants, the gameplay requires more sophisticated gambling strategy, and refined playing skills. 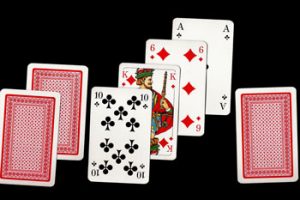 The game starts when each player receives a pair of cards, one that shows and a hidden one. This action is followed by the betting round. The player holding the strongest cards starts the round. Then, the additional two dealing rounds where every player receives faceup cards, and betting rounds where the players decide how to bet to improve their chances of winning, follow each other consecutively. In the fourth dealing round, also known as the fourth street, players get the fifth card face down, and the final bets are placed.

The end of the game is a showdown where the remaining players turn up the hidden cards and compare their hands. As you can expect in any poker game, the highest ranking card combination of all wins the game and the money.

Let’s just say that reaching the showdown round in the stud poker doesn’t happen often because many players decide not to call when someone raises the bet. In the end, this causes them to fall out of the game.

The reasons for quitting the stud game in early stages may lie in the fact that players feel they don’t the have control over the game play because they can not see all the cards.They have to make the best combination of what they get from the dealer.

This is maybe the essential difference between a stud poker and a draw poker game. In draw poker, players get the chance to complete a better hand by replacing the cards they don’t need.

The Differences That Separate Draw Poker from Stud Poker Games

Now You Know It All

And there they are — all the significant differences that separate draw poker games from stud poker versions. If you are making your first steps in poker playing, you should probably start with draw poker. Once you master the game strategies and feel confident enough, you can sit at a stud poker table and try your luck in this intense poker variation.