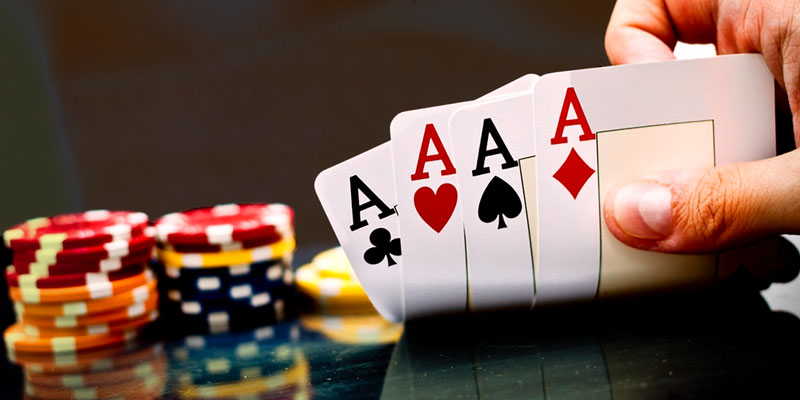 Draw poker is a card game most of the people usually get to know first. Either by watching inevitable poker scenes in numerous Westerns or playing it gathered around the dining table with family or friends. Although you can not find many draw Poker tables in casinos nowadays, this classic poker is a perfect first step to master becoming an experienced and successful poker player.

A Few Words on the Initial Betting

When you play the draw poker at home, you should opt for placing an ante bet, while most of these games played in casinos require a blind bet. The blind bet is a forced bet certain players have to pay for the game to start. The player sitting two places left of the dealer usually acts as Big Blinds, and the one sitting left from the dealer has to place Small Blind bet.

Players around the poker table may agree to limit the bets, but the casino you play in can set these limits too. Always choose a poker game you can afford so you can fully enjoy the gambling experience without the fear of breaking your bankroll.

The Course of the Game

There are different draw poker games, but the easiest and the best-known one must be a Five Card Draw. As the name states, you play this game with a standard number of cards in the deck while each player can expect to hold five cards at the end of a dealing round.

When all players have their cards, the betting round takes place. This round begins when the player sitting on the left of the Big Blinds position makes their bet. Some draw poker variants have the requirement that this player has to pay twice the Big Blinds bet to participate in the game. Other players can choose other betting options that suite the strength of the cards in their hands.

After they have placed their bets, players should focus on the card combination they’re holding, and ask for some cards to be replaced. They can replace up to three cards they don’t need for completing a better hand. Sometimes they can even ask for four cards if they are holding an Ace or a Joker which plays as a Wild card. This situation is common for the poker nights you organize for your friends. The hand rankings in most of the poker draw games are the same as in any other version of poker — except the so-called Lowball games, I am going to talk about that later on.

When you get fresh cards you can continue playing and place a bet, or you can fold and quit the game if you didn’t complete the wanted combination.

The final round where the players who stayed in the game show the hands to take the pot is called a “showdown” round. If you hold a Straight or Flush, you can expect to win the game because these are the strongest hands in draw poker.

These are the draw poker versions that grew wildly popular during the seventies. That was before more competitive and complex poker games like Texas Hold’em or Seven Card stud came and stole the show.

In this version of poker, the hands are turned upside down, so the lowest one takes the pot. Here you wouldn’t look forward to a Royal Flush, because this hand doesn’t pay out in a lowball game. Since different Lowball games have specific game rules to follow, you should get well-informed on a lowball poker game you have chosen before you start playing it.

However, there are two well-known versions of Lowball draw poker that this text will focus on.

There are lowball games where the Ace-to-five is a winning combination of cards. Usually, straights and flushes wouldn’t count in a Lowball poker, but here if you get this specific hand, you will win the pot.

This winning combination starts from two to seven, and the Ace only counts as the high hand in this Lowball poker game. 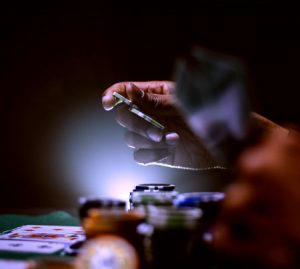 The story about playing the draw poker games wouldn’t be complete without mentioning the so-called “home games.” These draw poker games are perfect for a relaxed poker night with friends, without any high bets and when you play mostly for fun.

These games are perfect for practicing different strategies and poker playing skills without losing any money. Here are some of them that seem exciting to try out:

This draw poker game share some features with a stud poker game. The first couple of rounds are the same as in any other draw poker version. The main difference occurs before the showdown round. Here, players put their cards face down on the table and reveal one at the time. After each card is shown the betting round follows. Once the players arrange their cards in front of them, they mustn’t mess up this arrangement. The game ends when all the players show their entire hands, and the highest hand wins the pot.

Here, the opening phase of the game is similar to a classic draw poker, except each player gets seven cards. After looking at the cards, players should decide which three cards they would like to lose and put them on their left. When all the players placed the cards they don’t want aside, the exciting part of the game starts. Each player should take the cards from the player on their right. This way, each player gets some fresh cards and needs to make the best of them. The same thing repeats a couple of times, only players exchange fewer cards as the game unfolds. There is betting after each exchange round is finished. When they finish exchanging rounds, the showdown follows, and the player holding the strongest combination wins.

All in all, Draw Poker games certainly have their charms. They are easy to understand and play, while at the same time they can be wildly exciting and entertaining — you may even play them to perfect your skills. Watch out though, because you may need a break from more demanding stud or community card games. Whichever your reason might be, draw poker games will always be a refreshing way to spend your time.