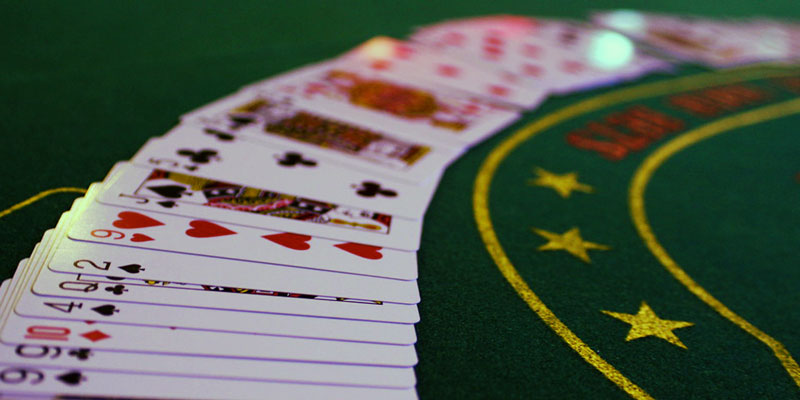 The most popular poker game — the one we all know about — is Texas Hold ‘Em. Any time you stumble upon poker on TV, chances are they’re playing Texas.

But that’s not where poker variants end. You can find various different types of poker nowadays, it has become hard to stay in touch with everything that exists out there. For example, there are draw poker games which don’t split your hand between community cards and hole cards.

Here, all your playing cards are placed facing down so that other players cannot see them. By doing so, it makes it more difficult to judge what poker hand the opposing player was dealt. Another distinction is that there’s a drawing round, during which you can discard some of the cards you’re holding in exchange for others from the dealer’s deck. One such game is California High/Low Split.

This game is a Lowball variant, which uses the system called ‘Ace-to-Five low’ to rank your hands. With this rule, you always consider the Ace to be the lowest card. Moreover, you don’t count Straights and Flushes, which means that A-2-3-4-5, regardless of the suit, is the hand of the highest rank you can get. Additionally, hands are compared according to the card of the highest value you’re holding. For instance, 3-5-6-7-8 is an 8-high hand, and it’ll defeat a 9-high, even if all the other cards are better (say, A-2-3-4-9). When the highest cards match, you look for the next in line. In the example above, if we replaced the Nine with an Eight, the second hand would win, as Four is better than Seven.

After that, if players don’t have all differently-valued cards, you apply normal poker rankings — just reverse them. Pairs will defeat Three of a Kinds, who will, in turn, beat a Full House. But remember, a hand with no pairs or any other combination is always the best.

This is a high/low split game. As such, when there are two (or more) players remaining after all betting and drawing rounds have been done with, you split the pot so that there are two winners. One of them is the player with the lowest hand, while the other player to win is the one with the highest hand. The Ace-to-Five low rule applies for the second part of the pot, whereas when you’re playing high, you refer to standard poker rules. So having a Flush or a Straight is a great hand, because it can get you to scoop the pot — win both halves.

Here, you have five playing cards. Moreover, it also uses a single Joker, which we call a bug. This game uses the Joker to complete a Straight and a Flush if you only lack one card. Otherwise, it becomes an Ace. However, this alternates, depending on which pot half you’re competing for.

Let’s give an example. Your opponent has a Straight of 4-5-6-7-8. You have a 5-6-7-8-Joker. When you compare your cards for their high value, the Joker becomes a wildcard, and you use it as the strongest card in your hand. Effectively, it becomes 5-6-7-8-9, which automatically beats your opponent. For the other pot half, since there are no Straights when comparing low hands, the Joker becomes a substitute for an Ace, making your hand A-5-6-7-8. This hand is also better than your opponent’s (Ace is better than Four, while all the others match), which allows you to win the whole pot.

Another thing you should have in mind is that this is what poker players call “an 8-high or lower” game. This means that, to be able to enter the play for the low pot, all your cards must be at most an Eight. And if all players have a Nine or higher, the highest hand wins the whole pot. Finally, in this game, we say that ‘cards speak.’ This signifies that there’s no declaration. There’s no need to say which part of the pot you’re playing for, as you always compete for both halves.

Prior to the beginning of the game, everybody needs to chip in. Unlike in other games, California High/Low Split doesn’t use blinds. There are antes which all players have to pay before receiving cards (as opposed to other poker variants that use big blind and the small blind). After that, it’s a regular game of poker when placing bets is concerned — you can fold, raise (or re-raise), check, or call. The way you go about your betting can determine how successful you will be. When the opening betting round ends, there’s one drawing round, followed by another betting round. There’s a showdown of hands next, and the game finishes, making it quite a fast-paced variant of poker.

As far as drawing rounds go, there is just one of those, and they happen when the first betting cycle ends. Every player can choose to change up to three of their cards. Alternately, they can stand pat, which means they keep all of them. This changes, however, when you’re holding the Joker or an Ace. Then, you can replace all your other cards (four of them). Beware, though — if you do this, other players will be able to assume which card you’re keeping as your last.

Although not one of the most frequently-played poker variants in the world, California High/Low split is an interesting, fast-paced draw poker variant which splits the pot between the highest and the lowest hands.

It’s a relatively simple game — you have a hand which consists of five cards, and you use them to make the best combination. But make sure you play for free at first, because it does take some time to learn the ropes. You need to simultaneously look out for both high and low hands, and making the right decision during the drawing round is what will make or break your chances. As always, it takes practice to be able to come to a right decision. So try out this game and have fun!